We advise players from the following industries:

In the above industries we advise on all legal areas, including: 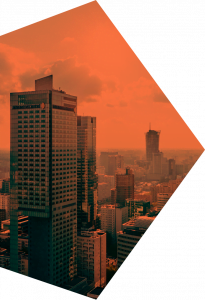 On 19 September 2020, an important amendment to the Polish Building Act came into force introducing some interesting changes to the construction process, as briefly described below.

1. Prescription Periods for Invalidation of Building and Occupancy Permits

From now on, after the lapse of a 5-year prescription period, authorities will only be able to declare that a particular decision was issued in violation of law (as opposed to actually invalidating the decision), thus enabling the permit-holder to claim damages from authorities which had issued the decision.

This much-awaited amendment will have a major impact on real estate transactions. In the past, sellers were usually forced to take out R&W insurance to mitigate invalidation risk. This, in turn, increased the costs of such transactions and created legal uncertainty. The introduction of 5-year prescription periods should go a long way towards assuaging buyers’ concerns.

2. Legalisation of Buildings and Construction Works Completed without a Permit

For buildings completed at least 20 years ago, the amendment introduces simplified legalisation proceedings. The documentation needed for such legalisation is limited to a statement on having the right to administer the real property for construction purposes, an as-built survey of the building, and a technical opinion confirming that the building can be used and occupied safely.

In such legalisation proceedings, authorities will not verify compliance with local zoning plans, zoning decisions, or technical conditions, and no legalisation fee will be charged. The simplified procedure will not apply to buildings ear-marked for demolition.

Although this amendment was made with single-family houses in mind, the possibility of applying the new procedure to the legalisation of other buildings cannot be excluded.

Although authorities will still be able to allow departures from technical regulations upon authorisation of a competent minister, more stringent conditions will apply (in particular with respect to fire and sanitary regulations). In addition, the amendment explicitly states that no departure from technical conditions is possible in the case of legalisation proceedings (including proceedings remedying legal defects in the construction process), thus dispelling previous doubts in this regard.

Departures can also be granted before the issue of a decision amending a building permit. Another practical change refers to the adaptation of fire regulations in the case of an outward or upward extension, building reconstruction, or a change of use. In such cases, applying for a departure from fire regulations will not be necessary, and consent of the Regional Fire Brigade Chief will suffice.

4. Introduction of a Technical Design

According to the amendment, a construction design will now comprise the following elements:

The technical design should be submitted with an application for an occupancy permit (rather than upon seeking a building permit). To ease the transition, investors will be able to apply for building permits based on previous regulations for another 12 months after the amendment comes into force.

It is worth noting that changes to the technical design will not require a building permit amendment.

The amendment introduces a new definition of ‘impact zone’, which is now narrowed to the neighbouring area whose development is limited by the building. This new definition will significantly limit the possibility of becoming a party to building permit proceedings, which used to be possible on account of issues such as noise, pollution, vibrations, electromagnetic interference, limitation in access to or use of utilities, or increased traffic.

7. Occupation of a Building without a Permit

The amendment introduces a more advantageous procedure for investors occupying buildings without occupancy permits. Previously, in such cases, authorities would impose a fine, whereas now they must first instruct investors to obtain the missing permits within 60 days, and only after that time may they impose a fine for illegal occupancy.

For specific practicalities and information on how these changes might affect your business, please contact our experts: Przemysław Kastyak or  Sebastian Janicki.

Back to Overview Next